Over the Christmas break, I took the opportunity to get a few projects under my belt. There’s nothing like having three days with no plans to make a considerable dent in your knitting list! 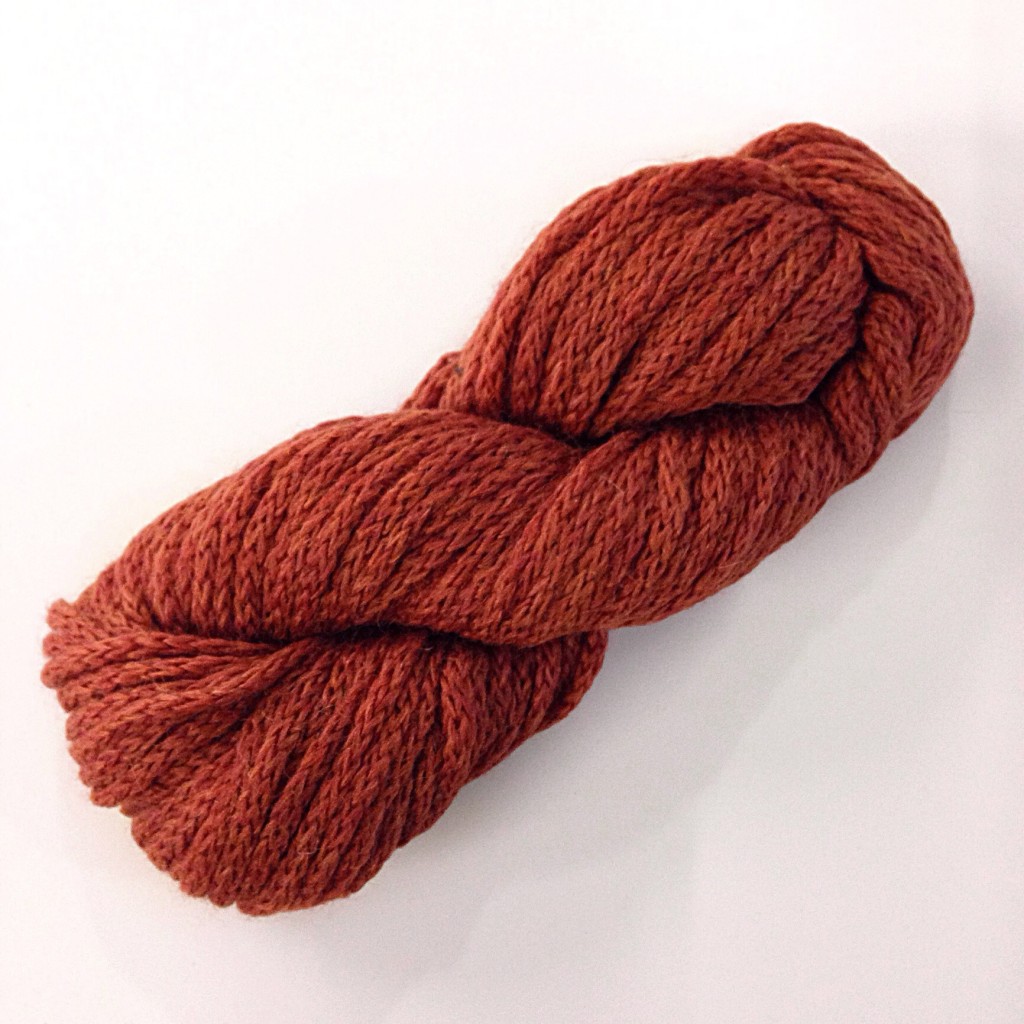 One of my favourite projects has to be the raspberry stitch mittens I designed and knitted for my friend Su. I’m a big fan of Debbie Bliss yarn at the moment (I’m going through a phase…) and made these fingerless mittens out of the beautifully soft Paloma in Rust (007). This yarn suits mittens and smaller projects perfectly due to its ‘chain’ construction, meaning it’s warm and chunky yet stretchy and light too.

So without further ado, here’s the free knitting pattern for you to have a go yourself! 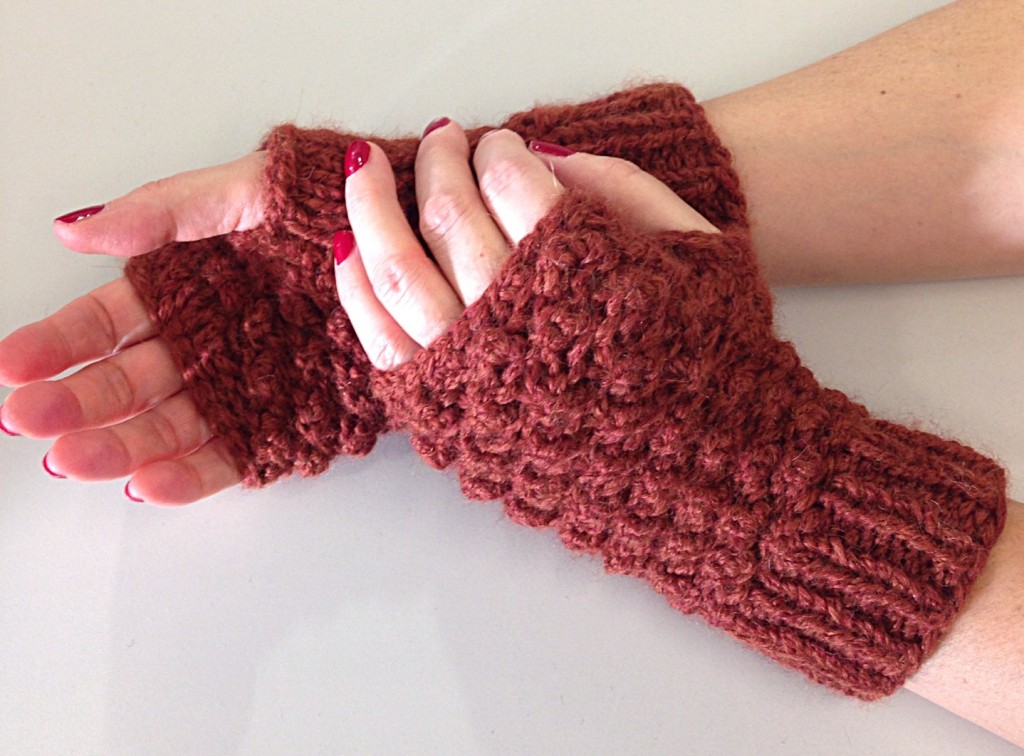 These mittens are constructed in the round on circular needles using the magic loop method, which you can learn here. The pattern incorporates raspberry stitch (or trinity stitch as it’s also known) with stockinette thumb panels, and a ribbed cuff. 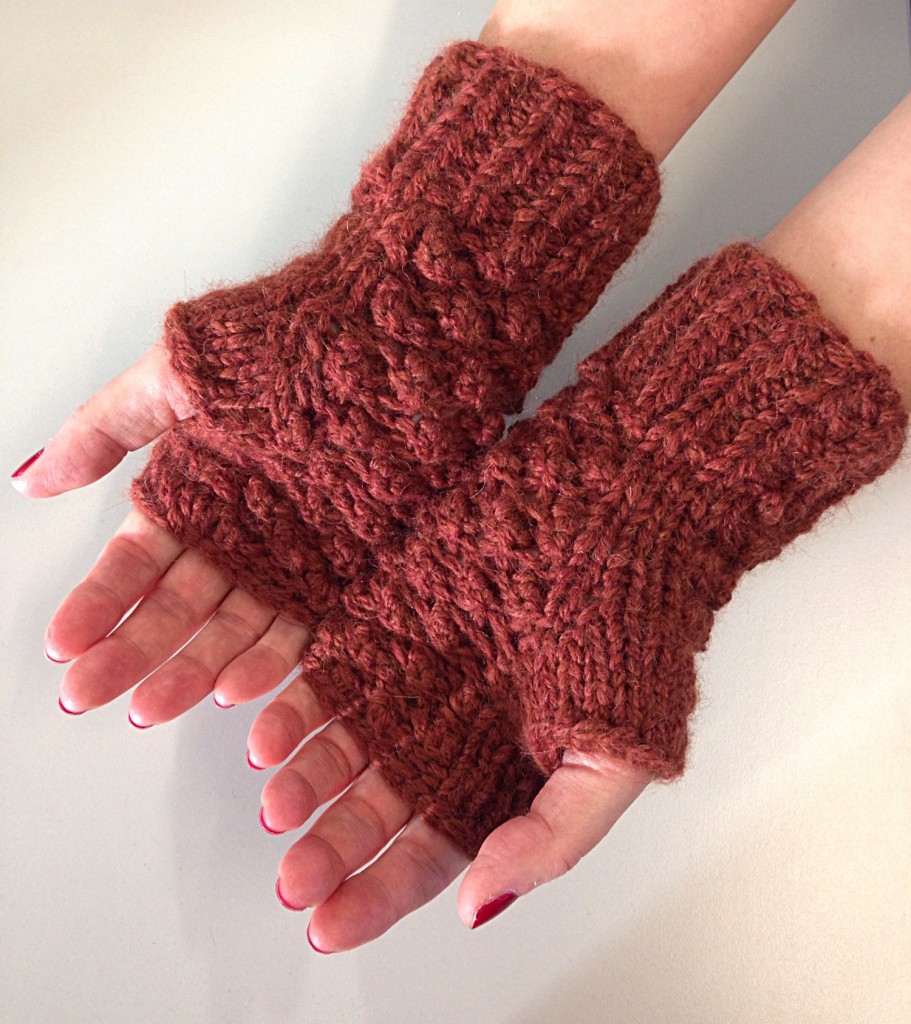 Cast on 24 stitches. Join knitting in the round being careful not to twist your stitches. Place marker for BOR.

Repeat the above three times in total before moving onto the thumb gusset increases. 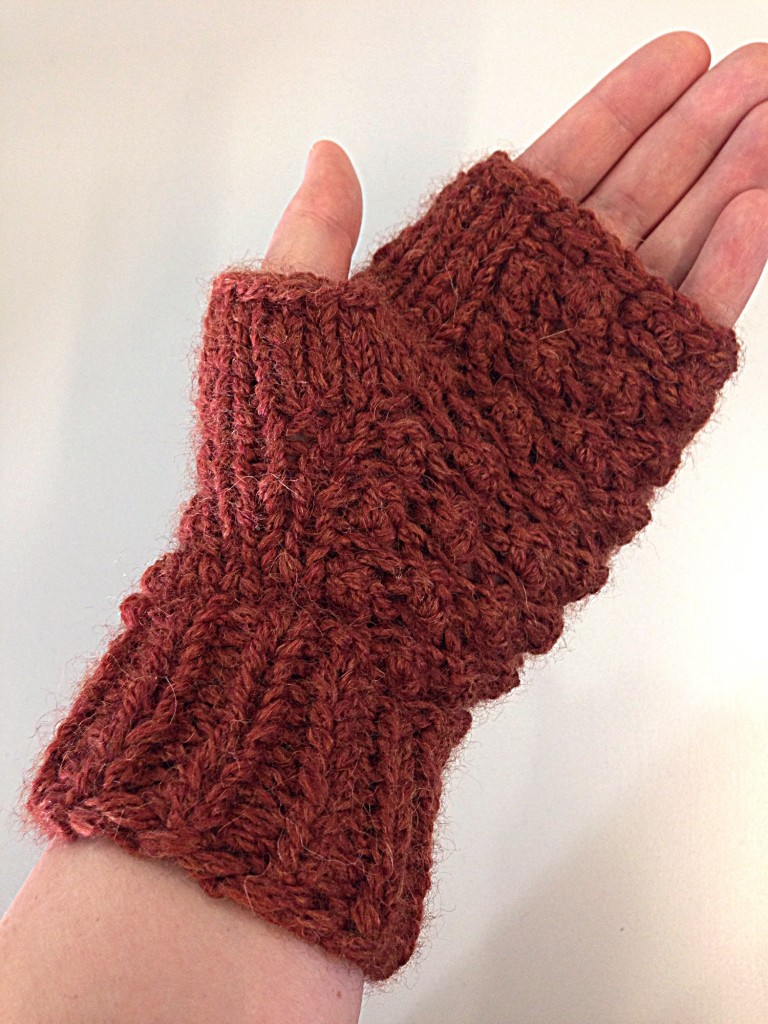 Thumb gusset increases:
At the very beginning of the next round K1, M1L, K1. Continue in raspberry stitch pattern as above until 2 stitches remain, then K1, M1R, K1. You now have 26 stitches in total.

Next round K3, continue in raspberry stitch pattern as established until 3 stitches remain, K3.

Next round increase again as follows: K2, M1L, K1, continue in raspberry stitch pattern as established until 3 stitches remain, K1, M1R, K2. You now have 28 stitches in total.

Next round K4, then place the stitches you just knitted and the last 4 stitches from the previous round onto a stitch holder.

Next round, continue in raspberry stitch pattern as established (without the K2 at the beginning and end), but at the end of the round cast on 4 stitches using backward loop cast on and place marker for BOR in the middle of these 4 stitches.

Continue knitting the raspberry stitch repeat as above a total of three more times. Then cast off all stitches knitwise.

For the thumb, pick up and knit 8 stitches around the thumb hole, then knit the 8 stitches from the stitch holder. Place marker for BOR. Knit all 16 stitches a total of 3 times and cast off all stitches knitwise. Weave in ends.